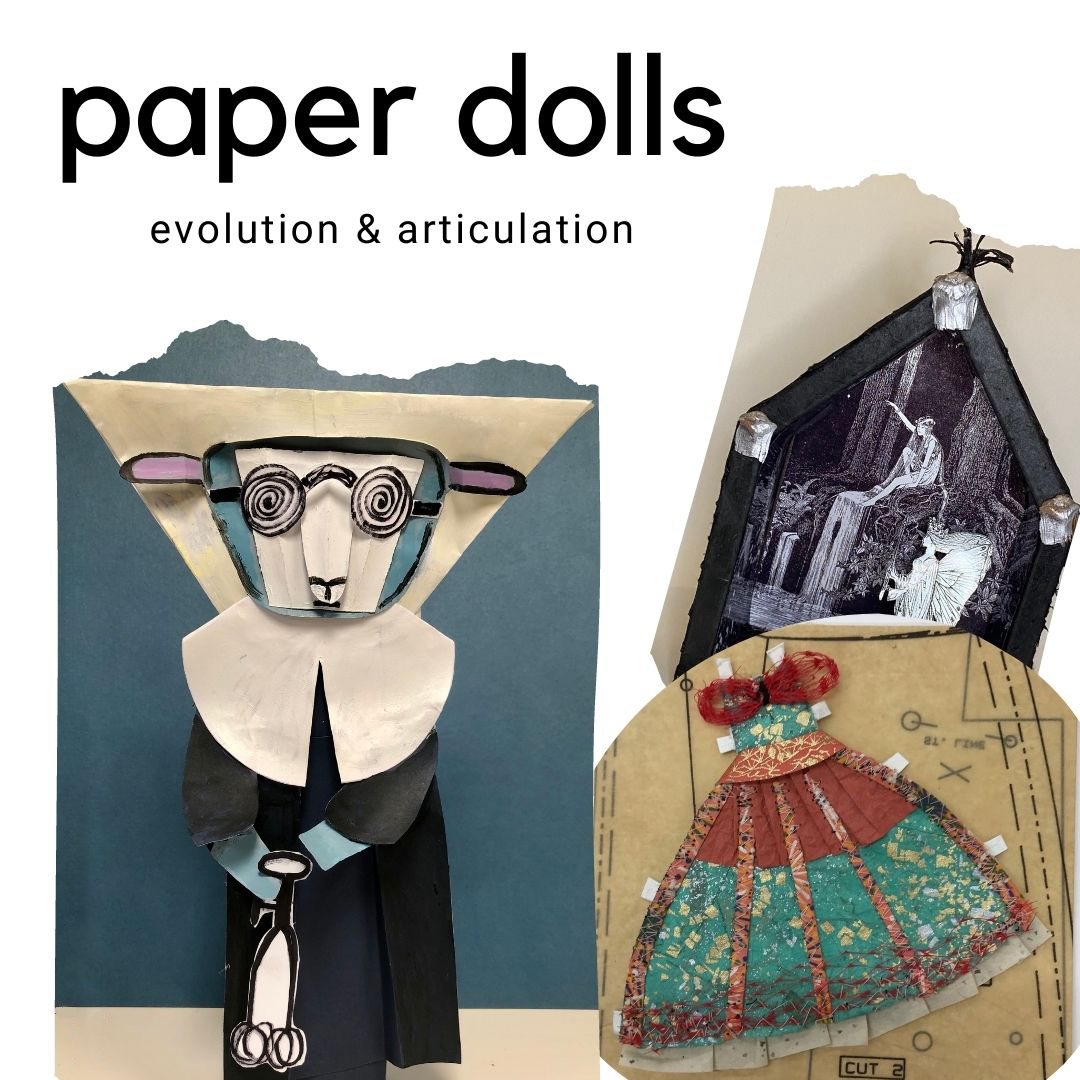 September will include a continuation of the paper dolls exhibit for those who missed last month. Also a chance to see Vicki’s newest summer creations. Like Peewee’s Playhouse, the usual characters should be there like Richard with his magic word dice, and Bubbles the dancing dog.

This month, Vicki will also be exhibiting what she has been making during the Pandemic years, especially the propensity towards stitching which be on display with her collages and she may wear her jean jacket, her latest canvas. Come by and take a gander. Click HERE to see more of Vicki's small stitched collages! 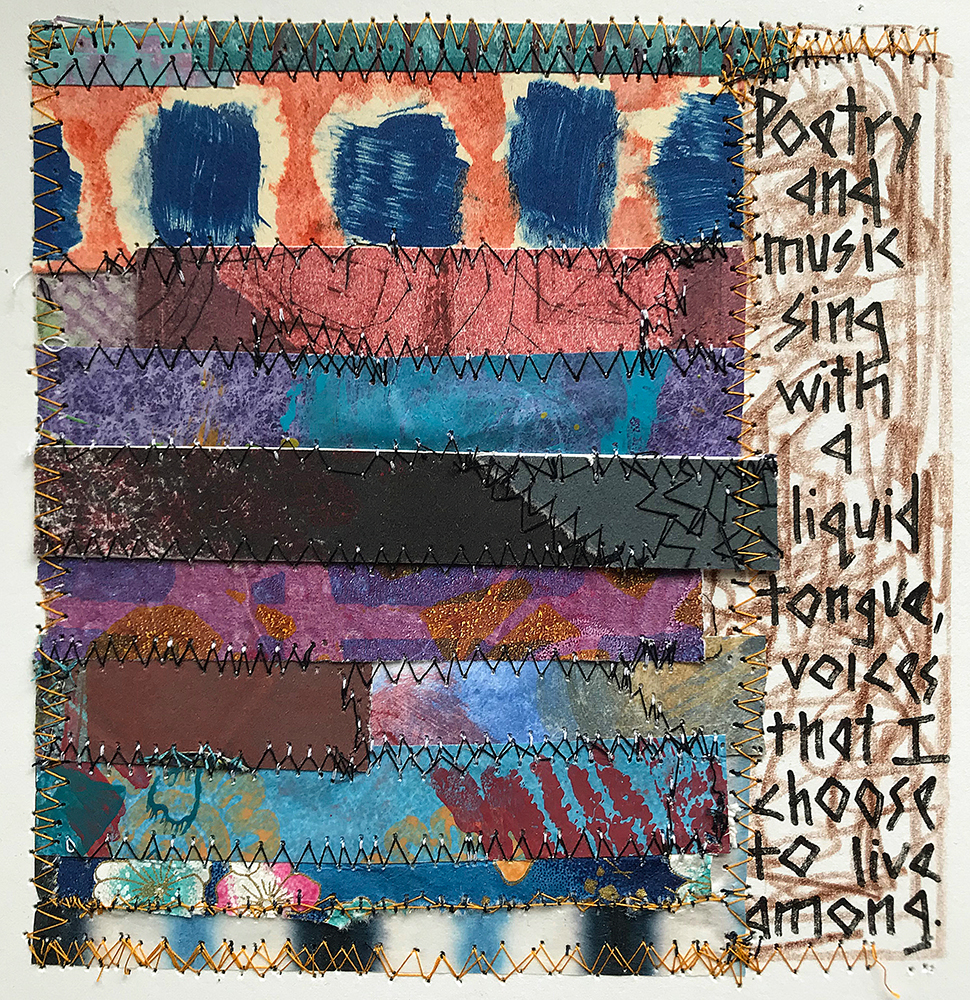 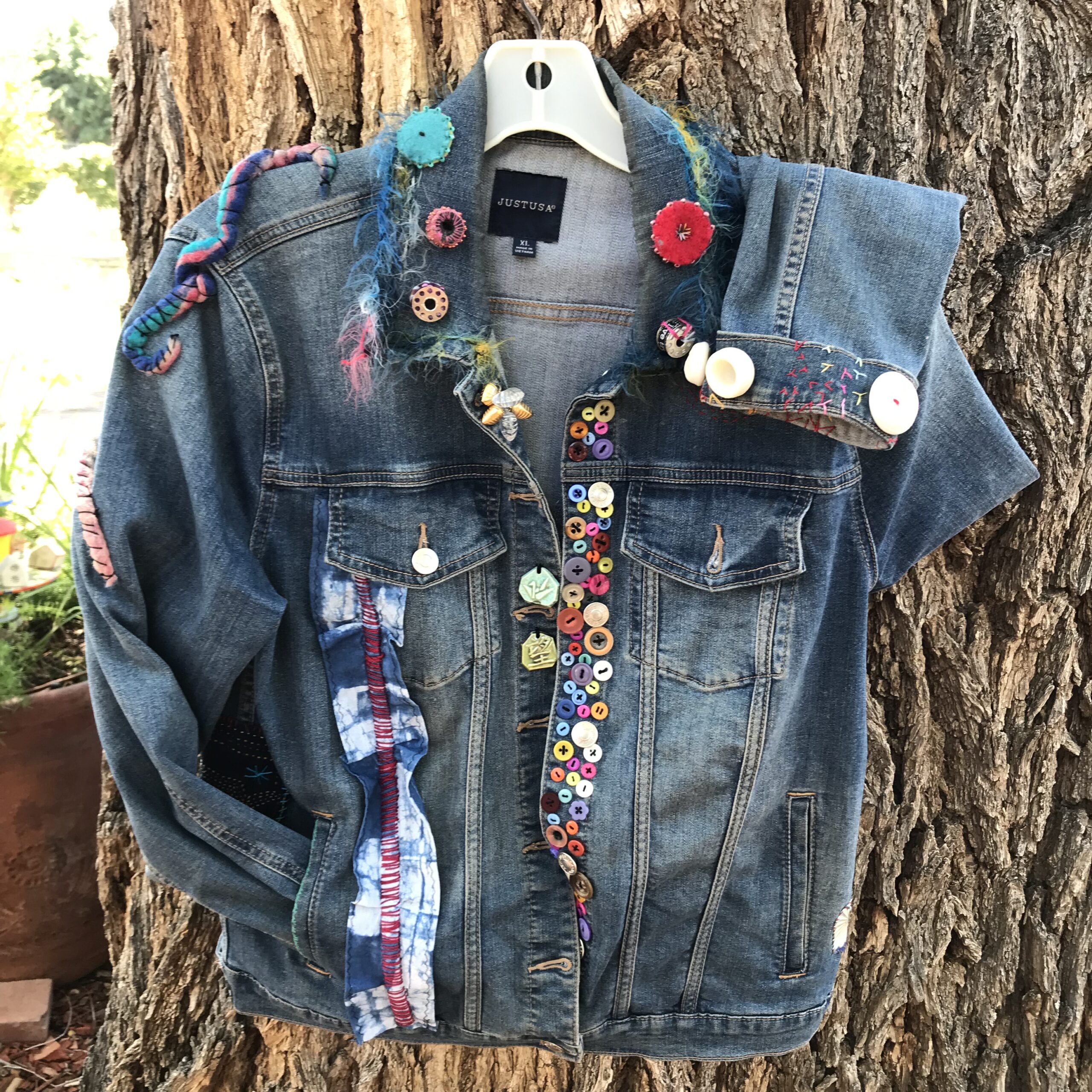 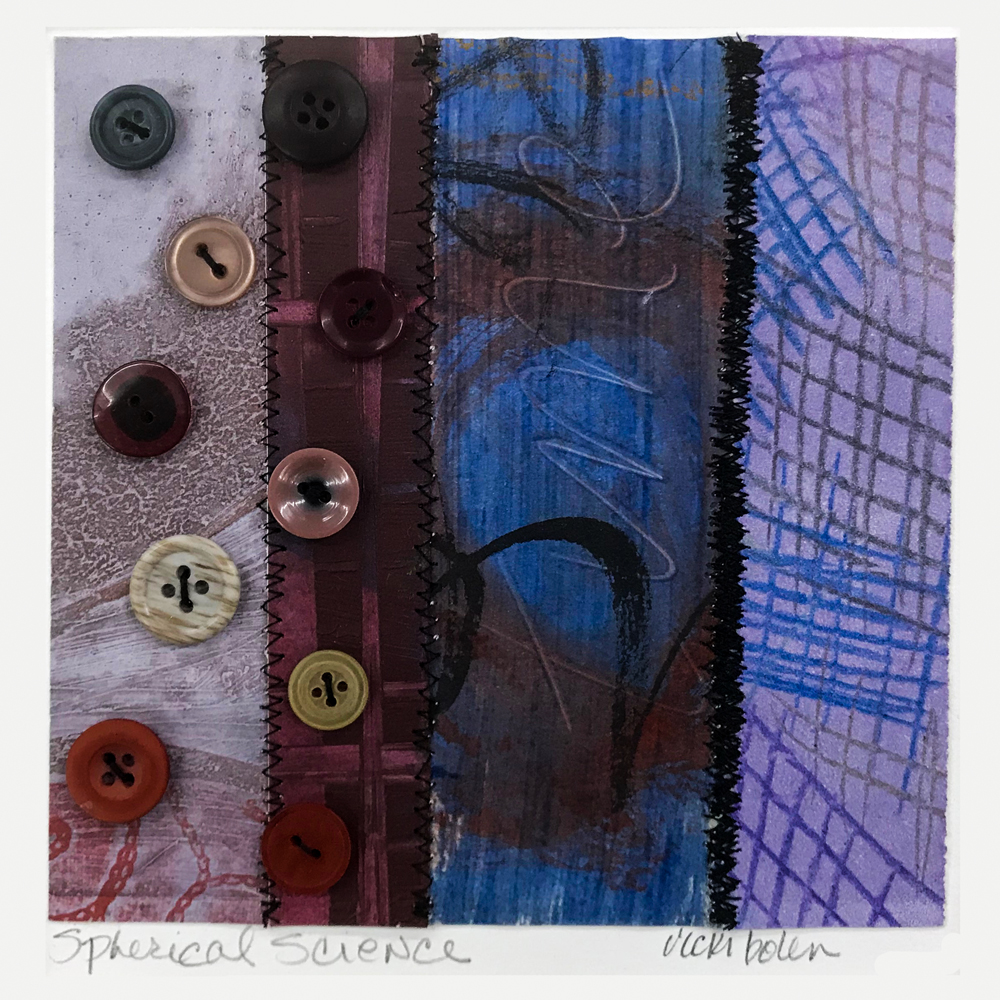 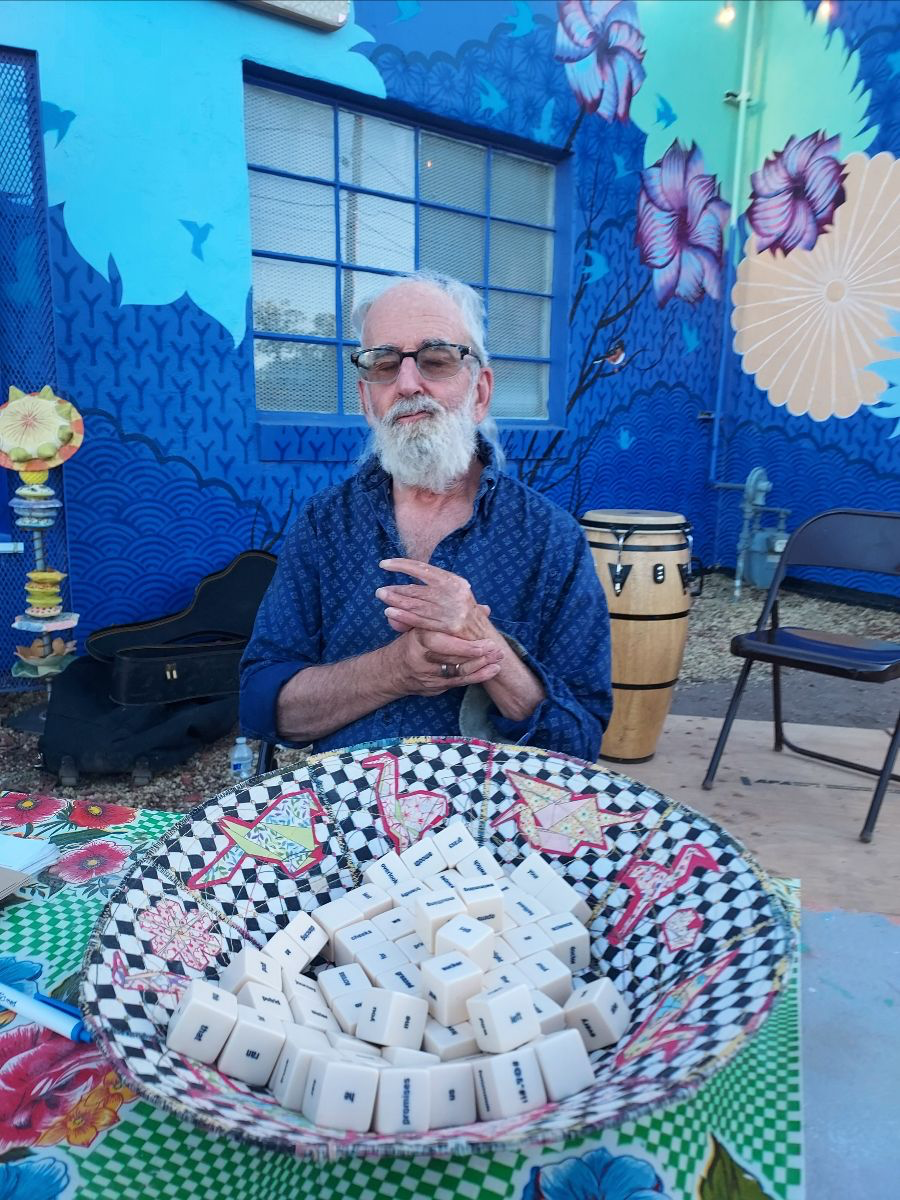 Little Bird de Papel is open every Saturday from 10am–4pm

Richard Wolfson, poet, will be writing spontaneous poetry, some from dreams, some that emanate back from Woodstock days.

In September, for the first time, I have been invited to be part of the Albuquerque Funny Fiesta, our local comedy festival. Previously, I was once part of a comedy festival in Flagstaff, where I made one of the judges laugh so hard that he started hyperventilating and we didn’t know if he would ever stop. He did finally, but I definitely did not win that competition. I am in two shows on September 24 and one show on September 17, at Dry Heat Comedy Club, which is our only full-time comedy venture in Albuquerque.

Because I believe that laughter is the most effective vaccine against the slow ascent of sorrow that accompanies the floods and fires that accompany climate change, I will include a recent poem about our propensity towards the sad.

All blood lacks the viscosity
to slow down sorrow,
except perhaps type O
which circulates jollity

towards a herd immunity,
where abandonment is a sallow poultice,
where a sad tincture can be dialysis-ed
like an infusion of snowflakes,

are a slang tonic against melancholy,
a frantic need to twist words
against usefulness and propulsion,
a year written as a handful of sludge.

When every word has been written and shot,
the poet awakens and begins anew.